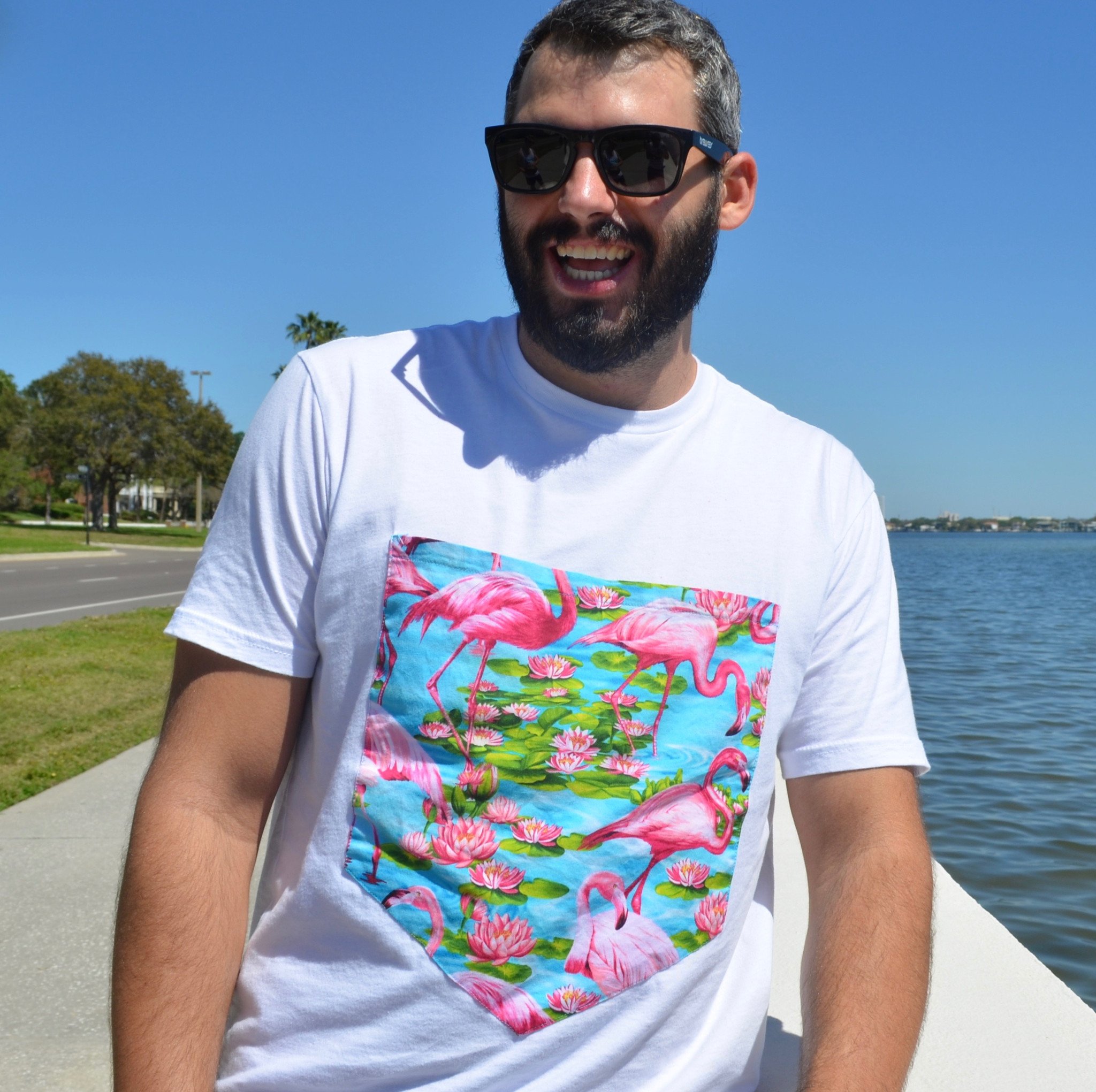 This month, we want to introduce Tampa Noles to Jake Kehlenbeck of PocketPioneers.com. Jake is an FSU alumnus in Tampa with a very interesting product. We had a chance to ask Jake a few questions about his shirt with a giant pocket.

So what’s up with the shirt with the giant pocket/ How did Pocket Pioneers come about?
A few friends and I were sitting in the neighborhood bar one day talking about funny shirts and then the concept of a giant pocket on a t-shirt came up. We thought it was hilarious and thought about the possibilities of putting beer and puppies in there so we made a few, wore them out to bars and found out other people loved them just as much as we did.

After that we decided to create Pocket Pioneers so we can share them with everybody else.

How has it grown since you guys started?
When we first started, we had no idea what we were doing. We were fresh out of college and barely sold any shirts because nobody knew about us. Little by little we learned how to get the word out and this past fall we sort of went “viral” and had a ton of cool Facebook videos published about our product. As far as growth goes, we’ll double our sales this year from last year.

You were on Steve Harvey’s Funderdome earlier this year, what was that like?
It was incredible. I can’t speak for the other guys, but it I’ve never been so nervous. Right before going on, to pump ourselves up, John, another FSU grad and one of the cofounders, was quoting Jameis and telling us we some dogs, we aint no puppies.

We had a great time shooting in LA and seeing the whole behind the scenes process of a reality show. It was cool to meet Steve and see our product on TV, and the sales pop and prize money was amazing.

Do you wear your giant pocket shirt everywhere?
Absolutely. I find that I actually use the pocket way more than I initially anticipated. Plus, I love it when people say, “Hey, that’s an awesome shirt! Where did you get it?”

Where can we order a shirt with a giant pocket?
PocketPioneers.com!